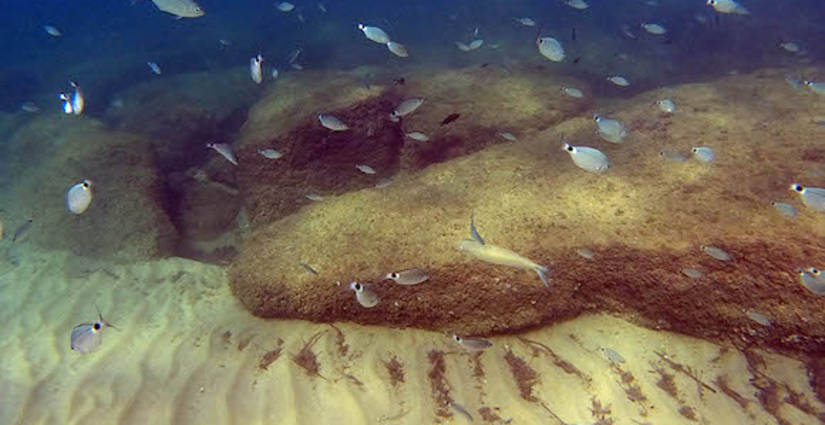 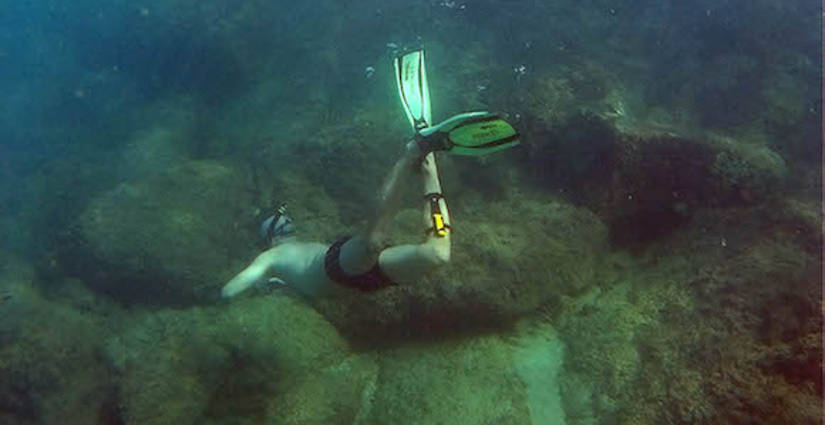 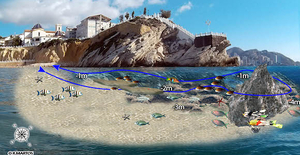 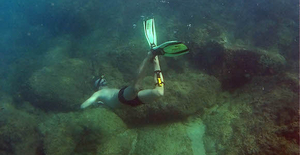 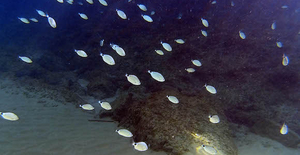 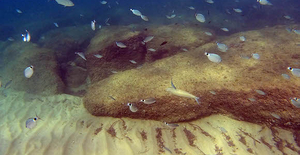 The small beach of Playa de Mal Pas is a surprising place, a truly unexpected find right in the heart of Benidorm. Tucked in between the port and the sweeping sands of Playa de Levante and Playa de Poniente, it is a rich and varied snorkel site, making for a fascinating outing.

Keeping to the wall of Punta Canfali, below the gaze of the Balcón del Mediterráneo lookout, we slip into the water and are immediately met by dazzling white sands. Closer to the wall there is a rocky bottom; a gentle ledge at first, then increasingly peppered with rocks and boulders haphazardly piled and creating countless nooks and crannies that harbour a surprising variety of life forms: combers, peacock wrasse and shoals of damselfish near the wall; sand steenbras and saddled seabream in the transition zone; and Eckström’s topknot or small sole and red mullet on the soft seafloor, almost invisible thanks to their sandy markings. And don’t be surprised if you spot a ray or even a torpedo or electric ray, particularly towards the hours of dusk or dawn.

As we approach the point, the water gets a little deeper, though never more than 5 metres, making this a very comfortable way of exploring the seabed here.

Just as we are about to make the turn, we’ll see a small point sticking out of the water: the tip of a conical underwater peak. At its closest point to the coast, this peak lies a little over 1 metre below the surface so, if there’s not too much swell, we can cross it and start the return leg, this time staying closer to the foot of the mountain and its colourful carpet of algae in shades of brown and red.