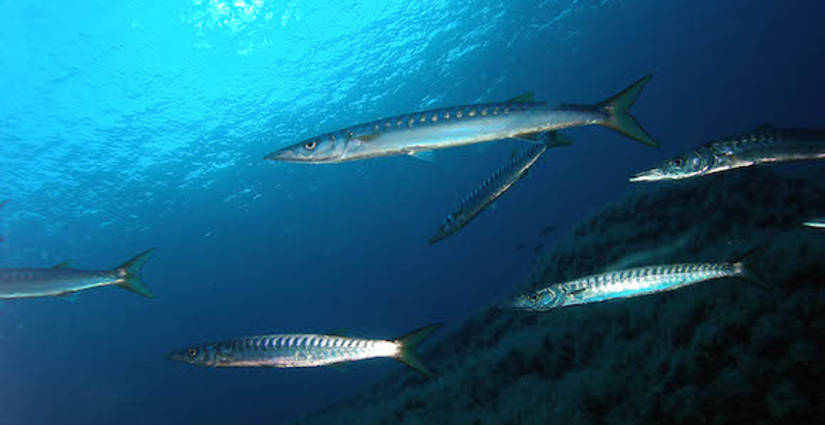 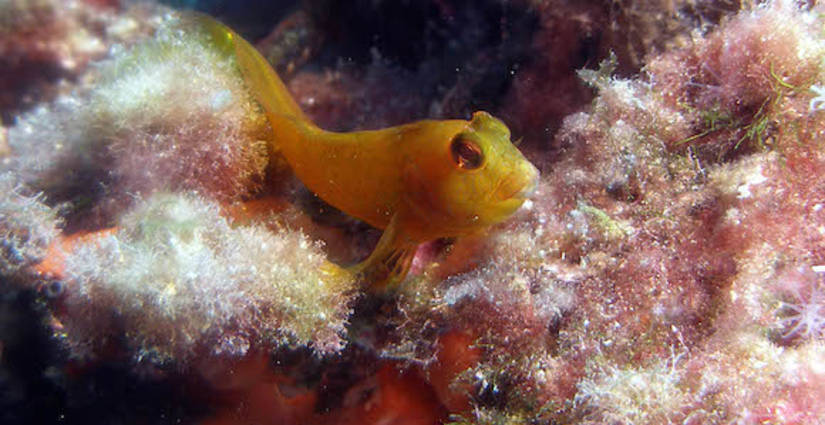 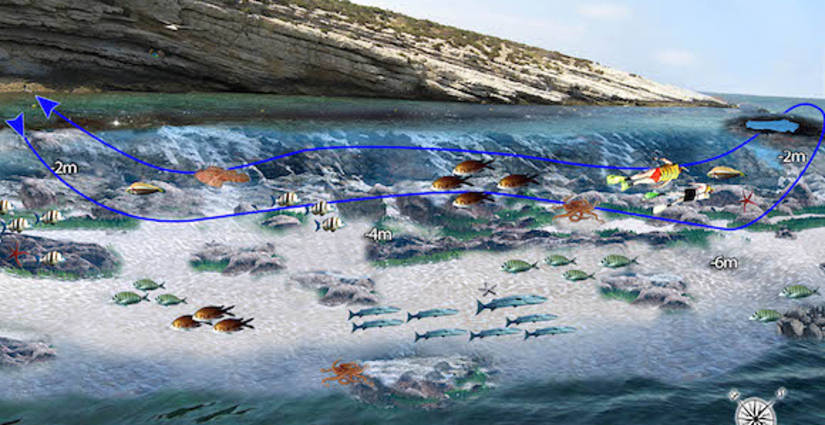 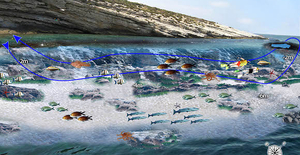 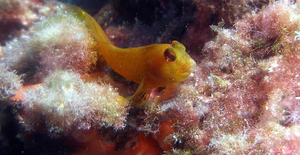 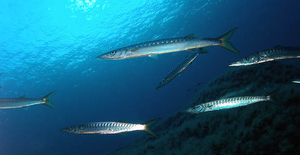 Less than two miles off the port lies the Island of Benidorm, an iconic symbol of this stretch of coastline and the subject of several legends as to how it came into existence. For us, it is a small slice of pure paradise, a trove of extraordinary and unexpected treasures bursting with marine life and providing privileged perspectives of the sprawling Benidorm skyline.

To reach the island we can hop on one of the golondrinas or motor launches that constantly zip between the port and the island and that will drop us at the foot of the restaurant, which is practically the only construction on the entire island. Right next to the restaurant is a rocky platform where we can leave our towels and get our gear on, ready to slip into the water. The bottom is rocky here, and densely covered in harmless algae in shades of brown and red. The recommended route for our snorkel tour sees us heading south – in other words tracing the contour of the island with the wall to our left – until we reach an eye-catching stone arch which stands like a portal to the blue beyond, inviting us to enter – which, at less than 2 metres below the surface, is easy enough to do.

Along the way we’ll notice that the bottom looks like a moderate ledge of rock dotted here and there with stones, sloping into depths where increasingly bigger rocks protrude, some of which are used as moorings for buoys that bob on the surface.

The rocky platform hides many cracks and crevices that harbour small crustaceans and fish such as gudgeons and, in the larger holes, perhaps an octopus crouching behind its peculiar barricade of stones and shells.

Damselfish abound, weaving living curtains in constant movement, while clouds of sargo and saddled seabream dominate the deeper waters, with the occasional flash of barracuda or the odd gilt-head bream.

Beyond the line of buoys the coastline drops more steeply, bottoming out into a sandy bed some 9 metres below the surface – an area beyond our snorkelling route but where you will easily see groups of divers with scuba gear exploring these fecund waters in their own fashion.

From the arch we can make our way back, ever enthralled by the myriad of wonders that grace this luminous excursion.